VIVEbiotech has participated very successfully in five international meetings since the summer. 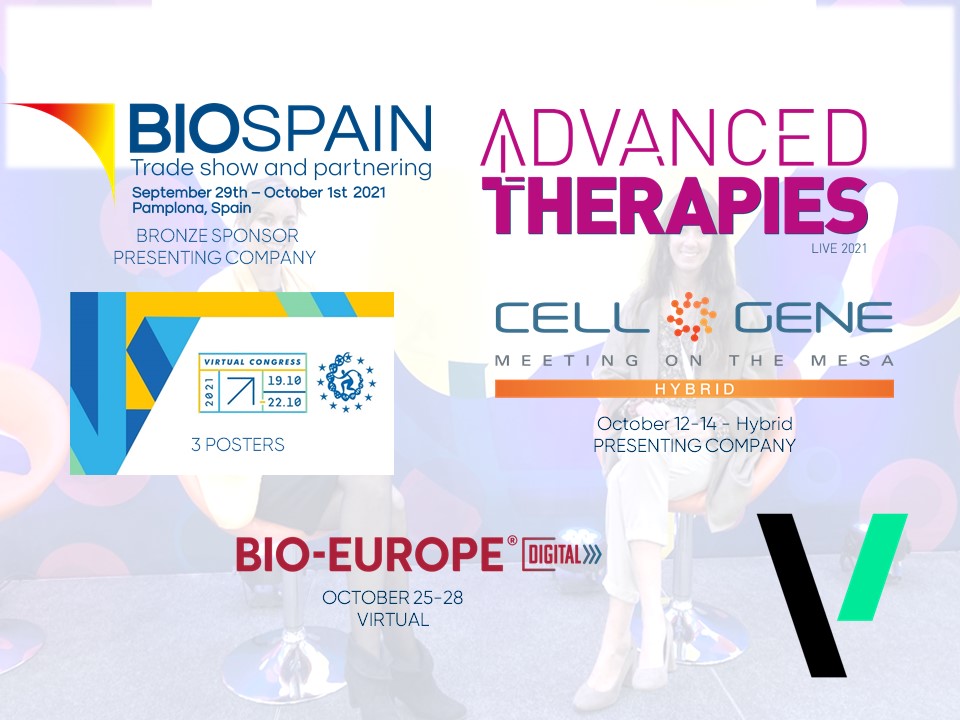 The first of them, BIOSPAIN, took place in the Baluarte Congress Center in Pamplona from September 27 to October 1 in a hybrid way. VIVEbiotech has been a bronze sponsor of the event, and has also led an extremely interesting session entitled “Main aspects to be considered for gene therapies development”. Dr. Massimo Dominici, Scientific Director of the Italian company Rigenerand, Dr. Tol Trimborn, CEO of the Dutch company CellPoint, and our colleague Dr. Natalia Elizalde, Director of Business Development of VIVEbiotech have participated having as the chairperson Dr. Gurutz Linazasoro, CEO of VIVEbiotech.

Dr. Linazasoro also participated in the session entitled “Gipuzkoa, growth path to become a world reference in advanced therapies“, in which thoughts on how the niche of advanced therapies is evolving in this northern territory of the country have been shared.

In BIOSPAIN, VIVEbiotech has also made a company presentation available to all attendees, in which we detail who we are, what we do and where we are heading.

BIOSPAIN has been followed by the Advanced Therapies Congress & Expo which has taken place in London on October 5 and 6. Our colleagues Natalia Elizalde, Business Development Director, and Carola Redondo, Business Development Manager have traveled to London where they have held several one-to-one meetings with various companies that are developing advanced therapies.

The third of the congresses has been the Cell & Gene Meeting on the Mesa, also hybrid, which has taken place from October 12 to 14. In this congress, in addition to a very active participation in the partnering platform, we have also made a corporate presentation available to all attendees.

The fourth meeting has been the Annual Congress of the European Society of Gene and Cell Therapy – ESGCT. This congress has taken place virtually from October 19 to 22, and VIVEbiotech has presented 3 posters in it. The posters titled “Isolation and characterization of cGMP monoclonal HEK293T master cell bank to manufacture lentiviral vector in adherence-based bioreactors under serum-free conditions”, “Lentiviral CAR-T backbone promoter configuration determine vector production yield and vector functionality by modulating viral genome production and packaging yields ”and “Pushing the right buttons: genetic silencing in producing cell lines to boost lentiviral vector production led to metabolic disfunction counteracting vector requirements” have reflected the results of hard work developed by the VIVEbiotech R&D laboratory.

The last congress in the series was BIO-EUROPE, which this year was held virtually from October 25 to 28. In this congress, the staff of the business development department has held numerous meetings with various partners and customers.

We are excited after seeing that more and more international meetings are being planned to be held in person during 2022. See you there.